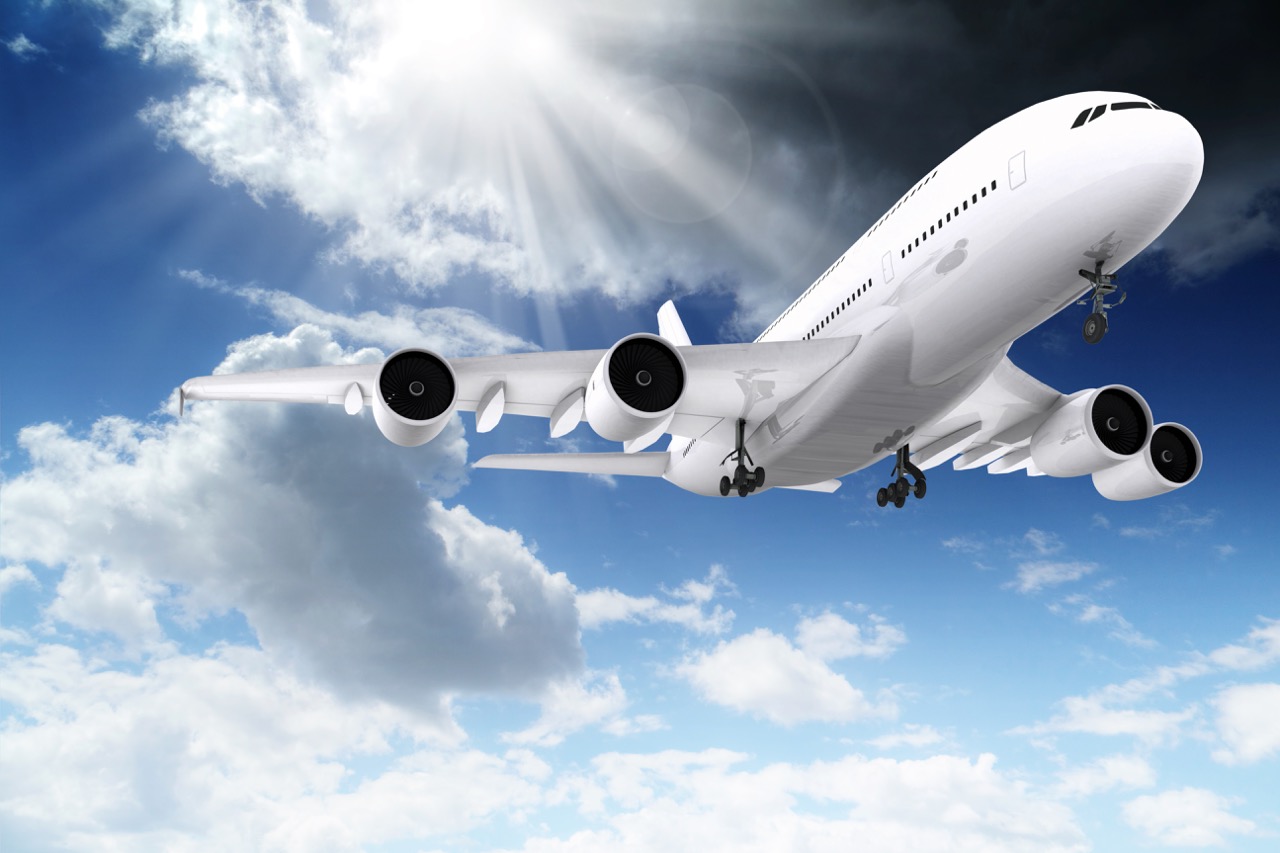 Climate Change – what shall we do?

It’s the only option left that will save the planet from becoming unsustainable.

Let’s face it, as a race, we are pretty stupid. We know what causes climate change and global warming, and we can see what is already happening to the planet. We must surely now be asking ourselves quite seriously what we, as individuals can do about it. Or must we? Is it something we can leave to our children’s generation to sort out? (Actually, no, it’s far too late for that). Should we instead just let those lovely people we put in power, our respective governments, to take the lead? (Judging by the fact that it took a 16-year-old activist to utterly shame the world’s leaders in New York recently, don’t hold your breath.)

We all know that we should be flying less, but how many of us actually experience what is now known as “Flight Shame”? Next month, I have to travel from my home in North Cyprus to Jersey, in the Channel Isles, all within a 5-day window. It’s three flights each way. How else can I get there? 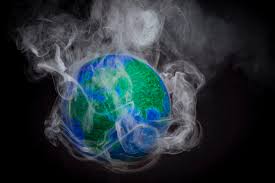 Even if I found a cruise that would take me in time, directly from Limassol, Cyprus, to St. Helier, Jersey, cruise ships are even more damaging to the environment than any commercial aircraft.

So, on arrival in Jersey, will I feel that “Flight shame”? Will I get that sinking feeling of guilt when I realize my trip might have helped Iceland lose another glacier? I shall certainly think about it during the journey, as I glance out the window at the CFM56-5B turbofan, spouting out goodness-knows-what into the atmosphere. But it hasn’t stopped me. Will it stop you?

That connection between our jet-setting lifestyles, and a planet going up in smoke, is getting harder for many of us to ignore. I know that in mainland Europe there is a concerted effort to use more sustainable travel, such as relatively clean high-speed trains. Residents like me, who live on islands without trains, don’t have this option, so what should we do?

We should be growing trees in every available space – but what do we do instead? Cut them down. Every hour of the day, shedloads of trees around the world are destroyed. For money. Utter, utter madness. We should be cutting down on intensive farming – ok, let’s all give up eating meat. Will it happen?

One of the biggest and most successful economies in the world is run by a complete lunatic, who is still denying climate change and promoting fossil fuels. And there are enough idiots in the USA, who, having already voted that Chump in, are quite capable of being that stupid again, and giving the moron a second term, and just adding to the CO2 already causing some Americans a year off their life expectancy. 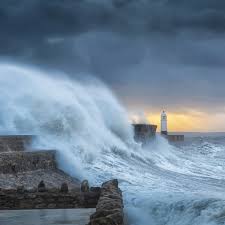 Despite that, Asia leads the way with the highest loss of life to pollution, exceeding six years in many parts of India and China. Are those countries going to do anything about it? And if they do, will it make any difference as their populations explode in numbers every year?

So, there’s no hope folks. We caused most of this mess, so compulsory euthanasia is the only way forward. Don’t ask me how we do it – maybe that will be the subject of another blog someday.

Otherwise, join me and help to slowly destroy our gorgeous planet together, and watch it

disintegrate before our very eyes. Most of us are so very, very good at that. We’ve had so much practice.

I gotta’ a rant in me and it’s about to come out. Perhaps you would like to grab something to drink and a little popcorn?

First, my country’s government is currently doing everything possible to increase pollution. For example, Washington recently rolled back California’s ability to regulate tail-pipe emissions in cars. These rules were put into place after LA became so smoggy that you could no longer see the skyline.

Why? What made this even possible? First, you must understand something before we get to Global Warming: The Conservative party, The Republicans, is not the same party it was forty years ago. The only thing left is the name. 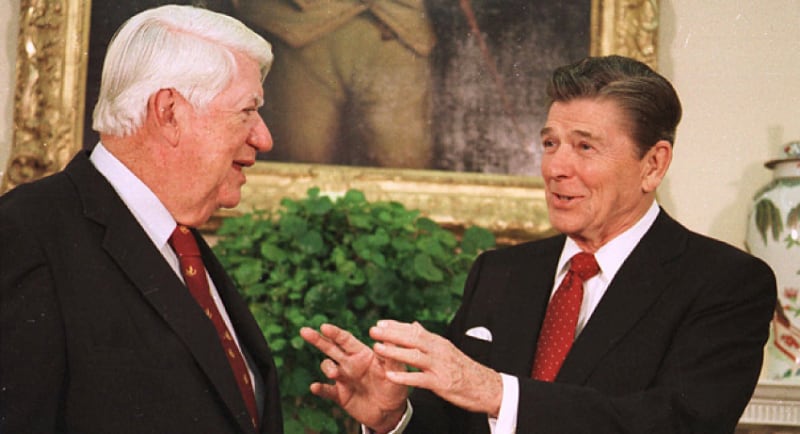 Ronald & Tip are an excellent example of what I’m talking about. The Speaker of The House and The President agreed on little but were genuine friends. These guys would have dueling press conferences and then hang out. There are numerous pictures like this one and they all reflect a real friendship. Look carefully at The President’s face.

The fact is, Fox News would shit their pants if Trump ever did anything like this. They need not worry… the hate is real.

Today, Reagan could not be elected poop scooper in the Trumpian Party. They speak of him with reverence but seem to have no idea of who this card-carrying union man was. Reagan would be appalled by Trump’s lack of morals.

The truth is there is no Republican Party. The law and order wing is gone, Evangelicals don’t even pretend to be the moral majority, and people with ideas and an education are referred to disparagingly as East Coast Elites.

Trump says “I’m not a big believer in man-made climate change.” Fox News pretends it’s a controversial theory that’s being hotly debated in science circles. And besides, even if it is real, it’s just nature’s normal cycle so we cannot be responsible.

It’s that last part that enrages me. By this logic, the next hurricane that devastates a major city should be ignored. Big fires out West should be allowed to burn entire states – it’s just normal nature and besides, many fires are started by lightning. Earthquakes… prove it’s not natural and we will take precautions and require better buildings. Even if climate change is real we 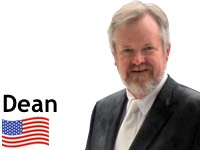 don’t need to do anything about it because Fox News says scientists can’t prove its man-made.

So die you winey-assed children.

The end is near? Not yet

Let me be not politically correct: I’m not sure that the global warming is caused by us, the humans.

Yes, it is happening, true. But…

The temperatures has been steadily rising since the LGM time, the Last Glacial Maximum. It’s been like this for 20,000 years. The reasons for the Ice Ages to come and go are cosmic, not human. They’re repetitive since time immemorial.

Let’s think then about the Younger Dryas event that happened around 12,000 years ago when Earth was hit by the Taurid comet shower. The temperature suddenly plunged and the short Ice Age lasted for a couple of thousand years till the next cosmic event caused the greenhouse effect and the global warming of the time. We’re talking about the cutting-edge scientific information that provides us the traces of the meteors in the stratum of the time. So this big warming had nothing to do with human activities.

According to scientific data, the carbon dioxide pollution caused by us is only eight per cent of the total volume that exists on Earth. The rest is natural. Yes, it could be the decisive thing and this is where the discussion is going on. But there is no solid scientific proof that global warming is caused by human activities only. For example, think about the so-called Little Ice age that took place in Europe around 13 to 17 centuries ago: there was no industry when it stopped and the temperature has risen up to current levels. What caused that warming in the pre-industrial epoch? Us? Our cars? Jet planes? No. Just natural cycles that are not completely understood by the climatologists even now.

Thus, I’m not sure at all that the current global warming is how it is presented by uneducated/biased people like Greta Thunberg and her shady sponsors. Yes, the warming is partly caused by our activity. No, it is not just us that affects global climate: it is a very complicated and very stable system.

And, don’t you forget that the next Ice Age will be just around the corner in about 10,000 years 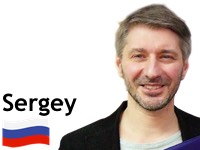 just like has happened before on our planet. That’s science. That’s cosmic. That’s not warming. That’s cyclic.

One thought on “Climate Change”